Archive for the ‘Club News’ Category

The club is hosting an open training night for players aged 10 and upwards on Wednesday 24th July from 6:30 to 8pm at Dunleath pitches to attract new players to the club. We ask all our current junior players to attend and would like to invite anyone interested in becoming part of a great family club to come along and get to know the players and coaches and take part in training sessions.

There are many reasons why you may want to choose to play for Rossglass County FC or choose it for the player in your family. Simply put Rossglass is for those players who wish to develop their football skills in a fun, safe and developmental environment. We have dedicated trained coaches to every age group. We have produced age appropriate coaching activities for all our age groups.

We have excellent player development programmes which caters for players from the age of 5 and upwards. The club has teams at every age group from our little nipper’s right up to under 17 who can then develop from the Downpatrick Youth League to our senior teams who compete in the Newcastle & District Amateur League.

We cater for all the footballers developing needs. Teaching them respect for the game, their team mates, opponents, referees and parents. So why not bring your child along and find out what the club is all about. You and your child will be very welcome.

Rossglass County Seniors are back in pre-season training, Tuesday & Thursday evenings at 7pm and 12 noon on a Saturday at Dunleath playing pitches. All existing players are expected to attend and we would very happily welcome any new players looking to join the senior set up.

Rossglass County took part in the Valley Rangers 7-aside tournament last Saturday afternoon. The guys got off to a great start with a two nil win over Mourne Rovers with Cailean Toner and James Cusack getting themselves on the scoresheet. The second game saw a 1-1 draw with Valley Swifts, Cormac McLaughlin getting the Rossglass goal but two defeats by Valley Coaches and Dunnaman saw County exit the tournament.

All in all it was a good run out for the boys, despite the results and the sunburn, we would like to extend our thanks to Valley Rangers for their hospitality.

Great win for the Under 13’s

Rossglass County Under 13s produced their best performance of the season to overcome a battling Strangford side in what ended as a 4-0 victory for the blues. It was a result that belies the competitiveness of the match and it was Darragh Gordon who was the chief architect of the victory with a wonderful hat-trick. Gordon got County off to a flying start when, in the opening minutes, he broke forward down Strangford’s right wing to calmly slot the ball home.

Eamon Tierney made it two early in the second half when he scored a cracker, bursting through from midfield before planting an unstoppable shot into the top corner. Rossglass played with an experimental system of 5-3-2 and it paid off with a rare clean sheet, primarily founded upon a strong back three of Finn O’Neill, Mark Curran and Aidan Brannigan, who worked together to snuff out Strangford’s efforts at forging a shot at goal.

County’s wing backs were also superb with Robert Napier and Man of the Match, Declan O’Connor stemming numerous Strangford attacks down the flanks. Ryan Gordon was magnificent at the centre of midfield, but in truth, he was all over the park and he was instrumental in his brother’s second goal, floating over a beautiful cross from the right wing that looked goal bound before  Darragh finished it off with a fine header.

Luke Fitzpatrick also put in a commanding midfield performance and James Tumelty showed his usual flair on the ball while adding a tenacious dimension to his game. In goal, Shay Curran dealt with any danger in consummate fashion and KJ McCullough showed some great skill in an unaccustomed forward role. Daniel McMullan was also given responsibility up front and he chased everything down tirelessly in a commendable team performance.

Our 9 year old superstar Annie Montgomery has just been selected to take part in the Irish football Association’s Elite Girls’ development programme. Annie is a pupil at St. Brigid’s Primary school and plays for our Under 10 team in the small sided games in the Downpatrick Youth League.

Annie is a box to box midfielder, who has an eye for goal. She started her career with Celtic Bhoys at the age of six but moved to Rossglass where her dad BJ played his football. BJ has an eye for goal himself having scored two goals for the Rossglass over 35’s in a 3-1 win over Ballynagross.

“She really enjoys scoring goals and can play anywhere” said BJ, “Annie was enjoying her time at Celtic Bhoys but moved to Rossglass to get more game time and under coach Danny McGarrity hasn’t looked back. She is a great wee worker, willing to learn the tricks of the trade and takes everything in her stride,” he added.

“Ideally Annie would love to play in a girls’ only side, but she knows how to mix it with the best come Sunday morning. She is in a mixed team and can handle herself.”

What a talent! We are very lucky to have her!
Everyone at Rossglass wishes Annie the best of luck.

Recently Rossglass County applied for a grant from the Aviva Community Fund to help fund the Rossglass Community Cup football tournament and raise funds for Matthew Fitzpatrick’s physiotherapy. Young Mathew is 5 years old, has cerebral palsy and is currently in a wheelchair. Matthew doesn’t let his disability get in the way of enjoying life but for Mathew’s parents, their wish is that he can eventually leave his wheelchair behind him and walk unaided.  Mathew needs more physiotherapy and as a community club, we wanted to support him and his family by providing assistance to help continue his treatment and visits to the hospital.

The Clubs’ project made it through to the final stages of the application process having received almost 2500 votes from the local community. However when it came to the judging panel unfortunately we came up just short. Though we were disappointed with the result it wasn’t all bad news. While we didn’t receive the grant we applied for, the Judging panel decided to award Rossglass £500 for the effort that was put into the proposal.

The club decided that we will donate the £500 to young Matthew’s continued physiotherapy to allow him to pursue his goal of learning to walk. We would like to thank everyone who voted for our project. We will continue to explore other avenues to fund the tournament.

The first Last Man Standing Competition of 2019 – Join now! Click here to register or you can go to our fundraising page and get more details on how it all works if you’re new to the game. Cost to Enter £10 and the prize is 50% of the pot, so the more that enter the bigger the cash prize! Registration closes in two weeks, Saturday 9th March.

GOOD LUCK TO EVERYONE! 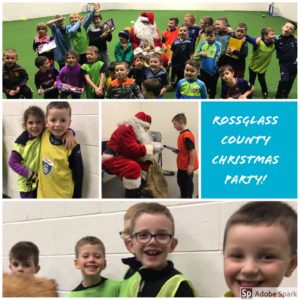 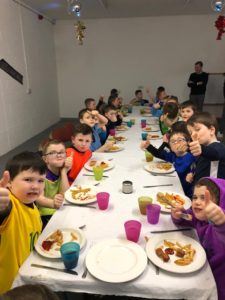 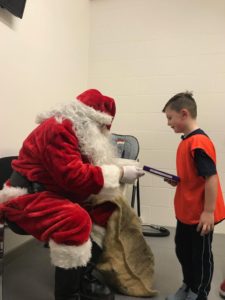 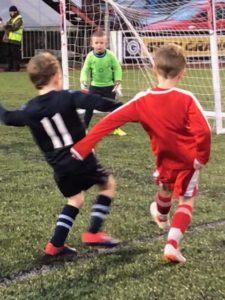 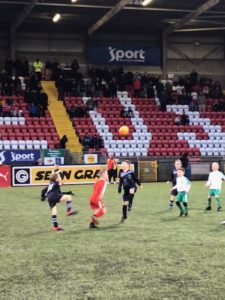 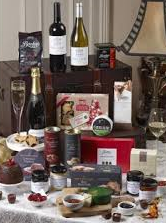